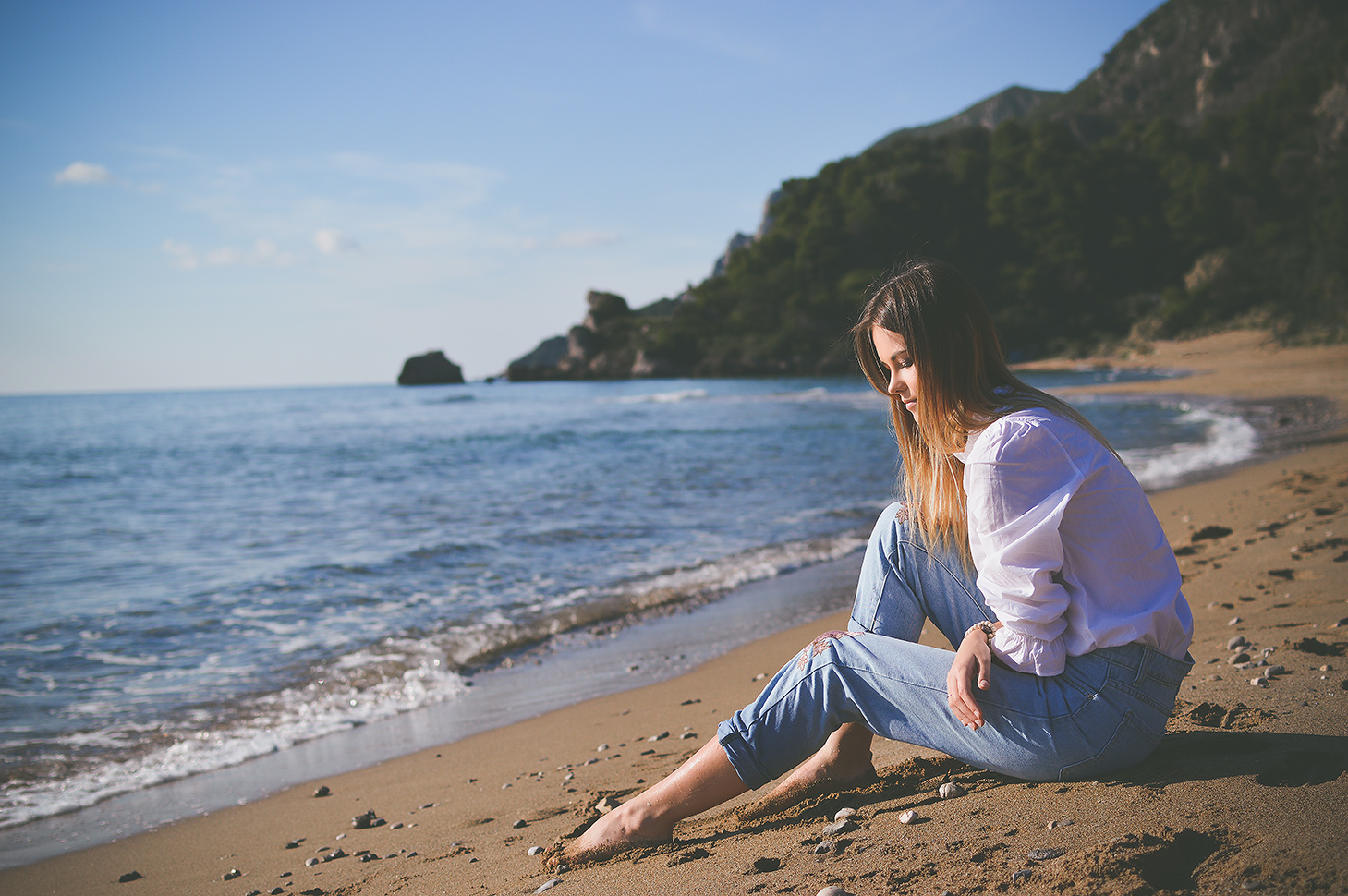 Back to the Odyssey

Have you ever listen about The Odyssey, one of two major ancient Greek epic poems attributed to Homer? The poem mainly focuses on the Greek hero Odysseus and his journey to home after the fall of Troy. It's not enough to say that it's amazing, it's one of the most magic and interesting stories I've ever heard in my life. So let me explain you why in today's title we are going back to The Odyssey...

According to the traditions, Corfu was the Homeric island Scheria where Feaco very warmly welcomed Odysseus on his return home from Troy. Feaco were considered as blessed people which were close to the gods. Odysseus visited the island last during his travels. The place where Odysseus met Nausicaa (the daughter of the king of Feaco) considered Glyfada beach, located on the west coast of the island. Can you believe that I've visited this beach few days ago?

The Odyssey of Homer tells us that after 10 years of misconceptions on the seas, the ship of Odyssey crashed off in the coast of Scheria. There was a king Alcinous Phaeacians at that time. After a long struggle with the waves, sea brings Odyssey to the shore of the island, where he spent many hours. The king's daughter Nausicaa was playing with the servants on the beach ball in this day. Odysseus awoke from their fun and screams. The servants saw him, they were frightened and ran away, but bravely Nausicaa went to Odysseus, and he asked her for help. Nausicaa gave him clothes, seated him in chariot and drove to the palace of his father. At the palace king hospitably took an unknown visitor and promised to help to return home.

Just have a look at the picture of Nausicaa and Odysseus. This beach looks exactly like the one from my photos, isn't it? Well, we were very excited about the place and I can say there was this magic feeling of something great, powerful, essential and historically important.

By the way, for now Glyfada Beach included in Top 50 Best Beaches in the world. And it's actually just 15 minutes from my house in Corfu. So I was lucky to go there for a picnic. It was sunny warm day and after enjoying greek food in the beach, I was playing with my dog in the waves of Ionian Sea. 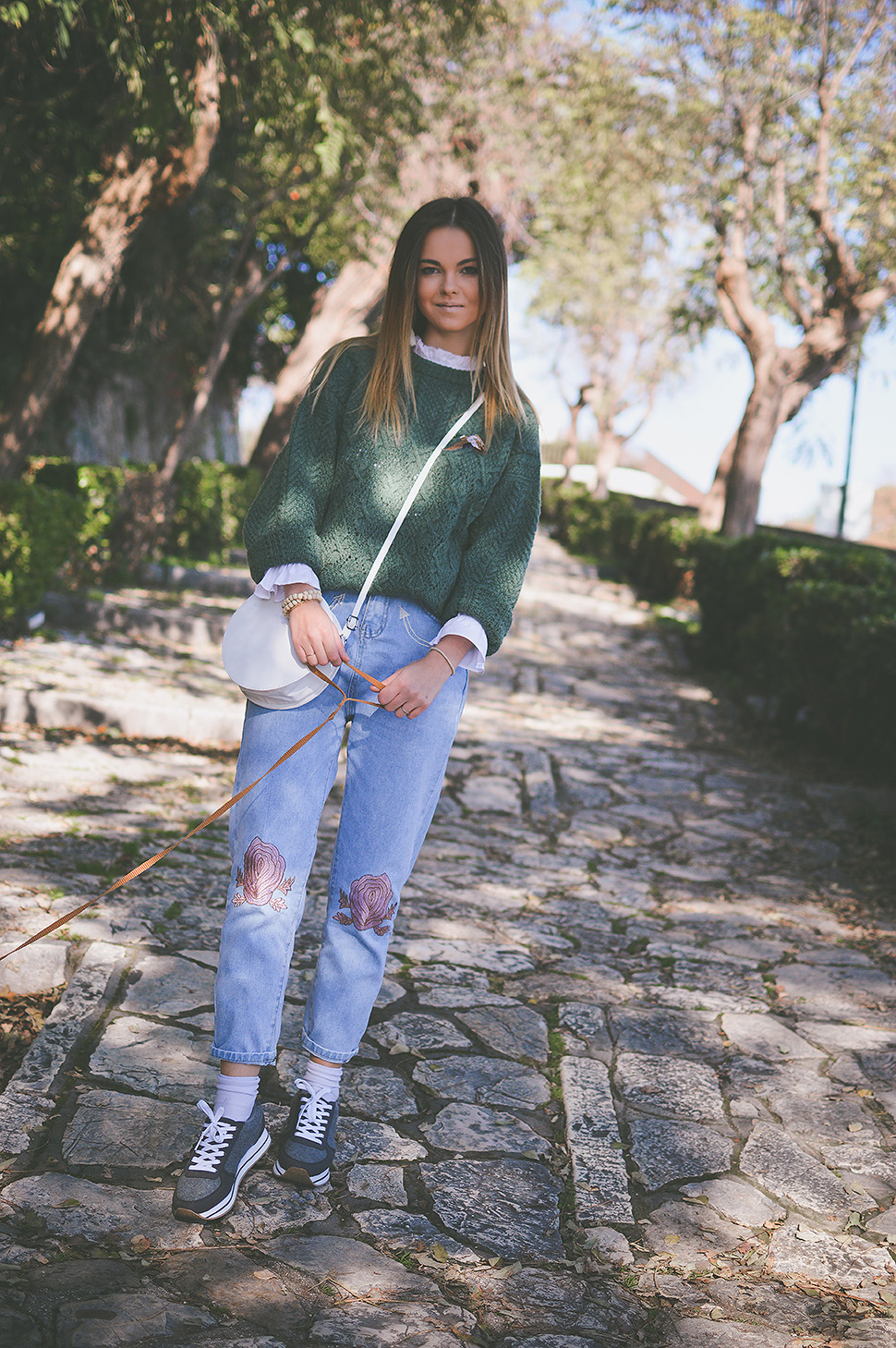 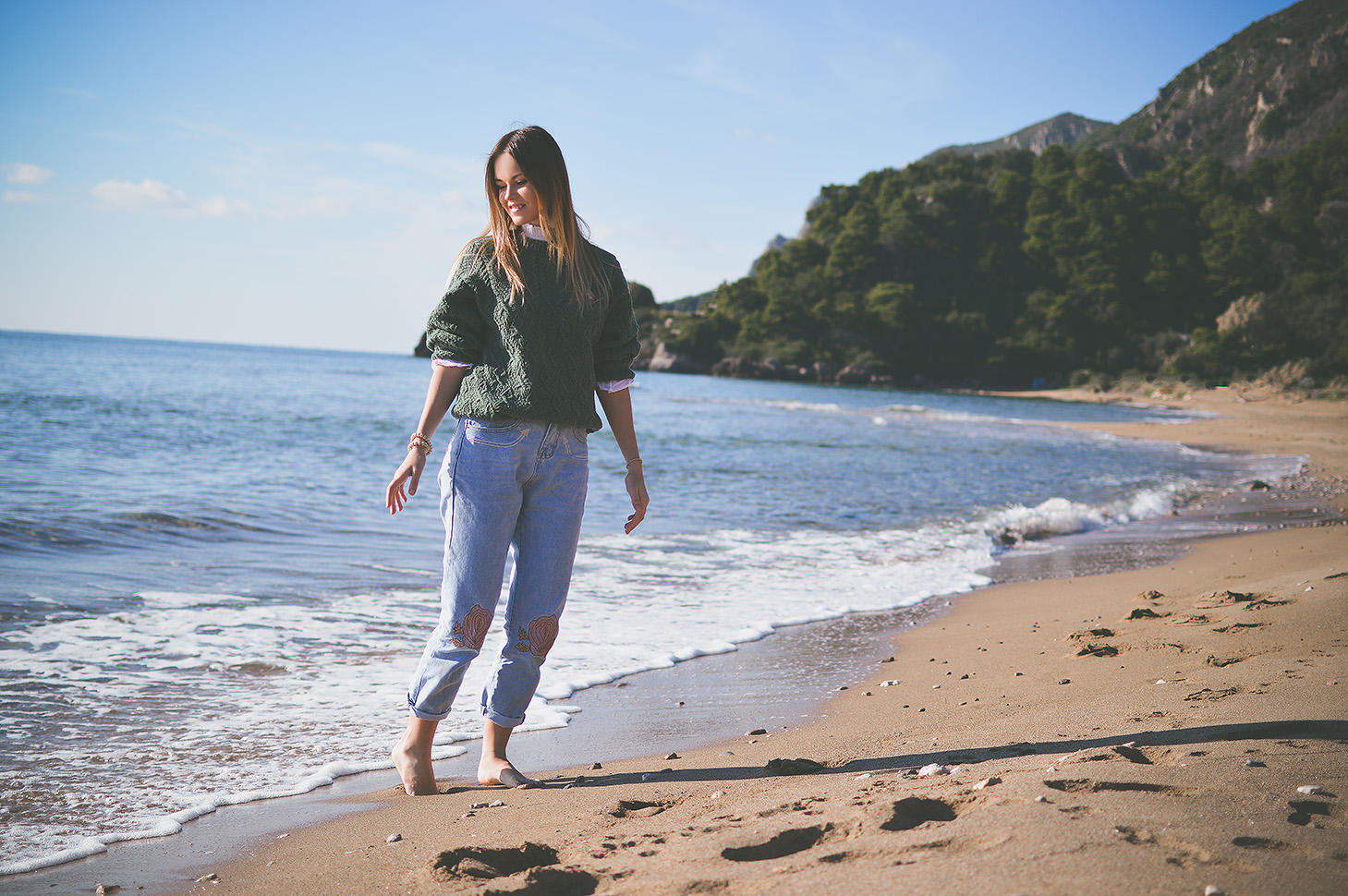 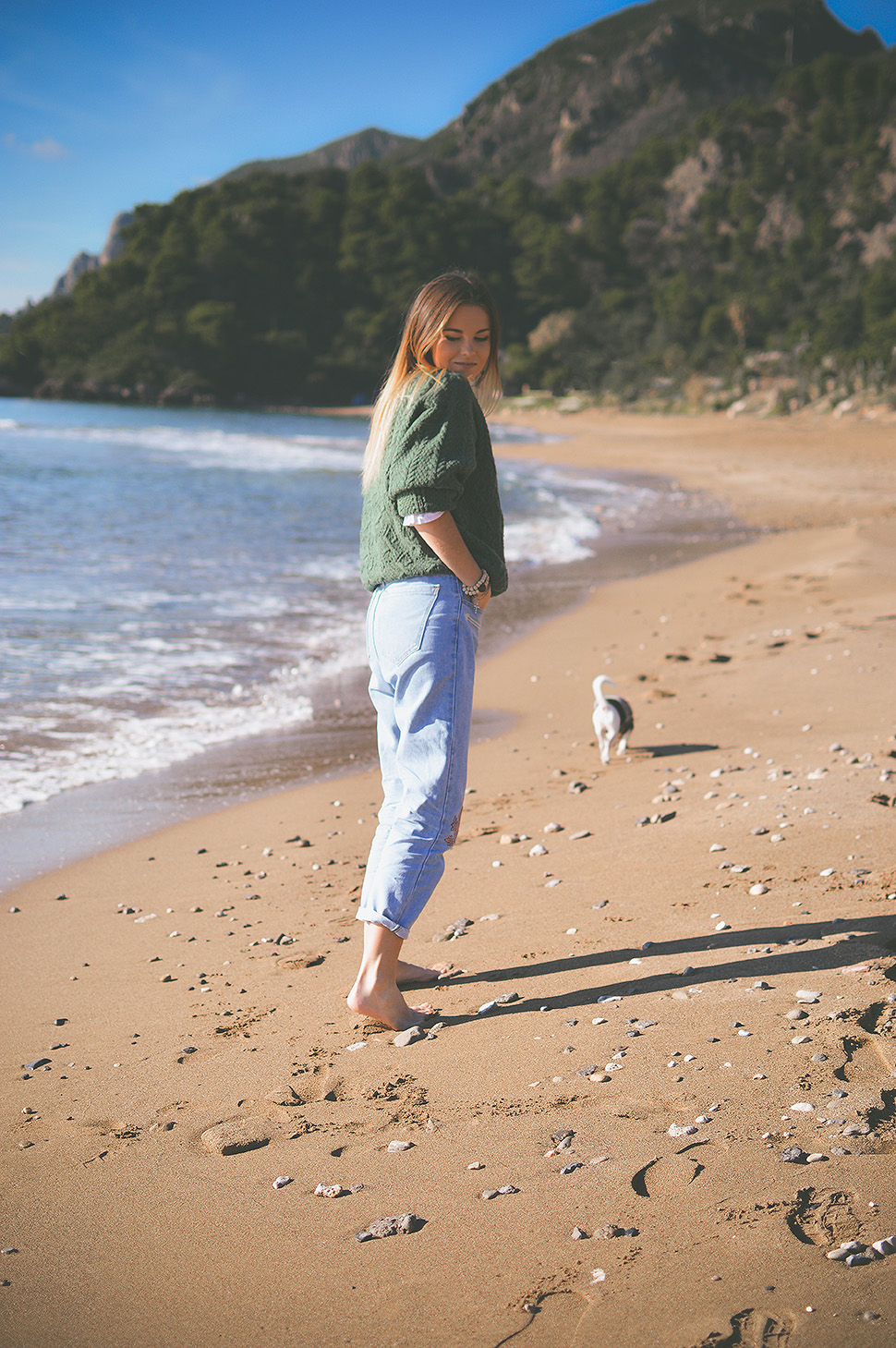 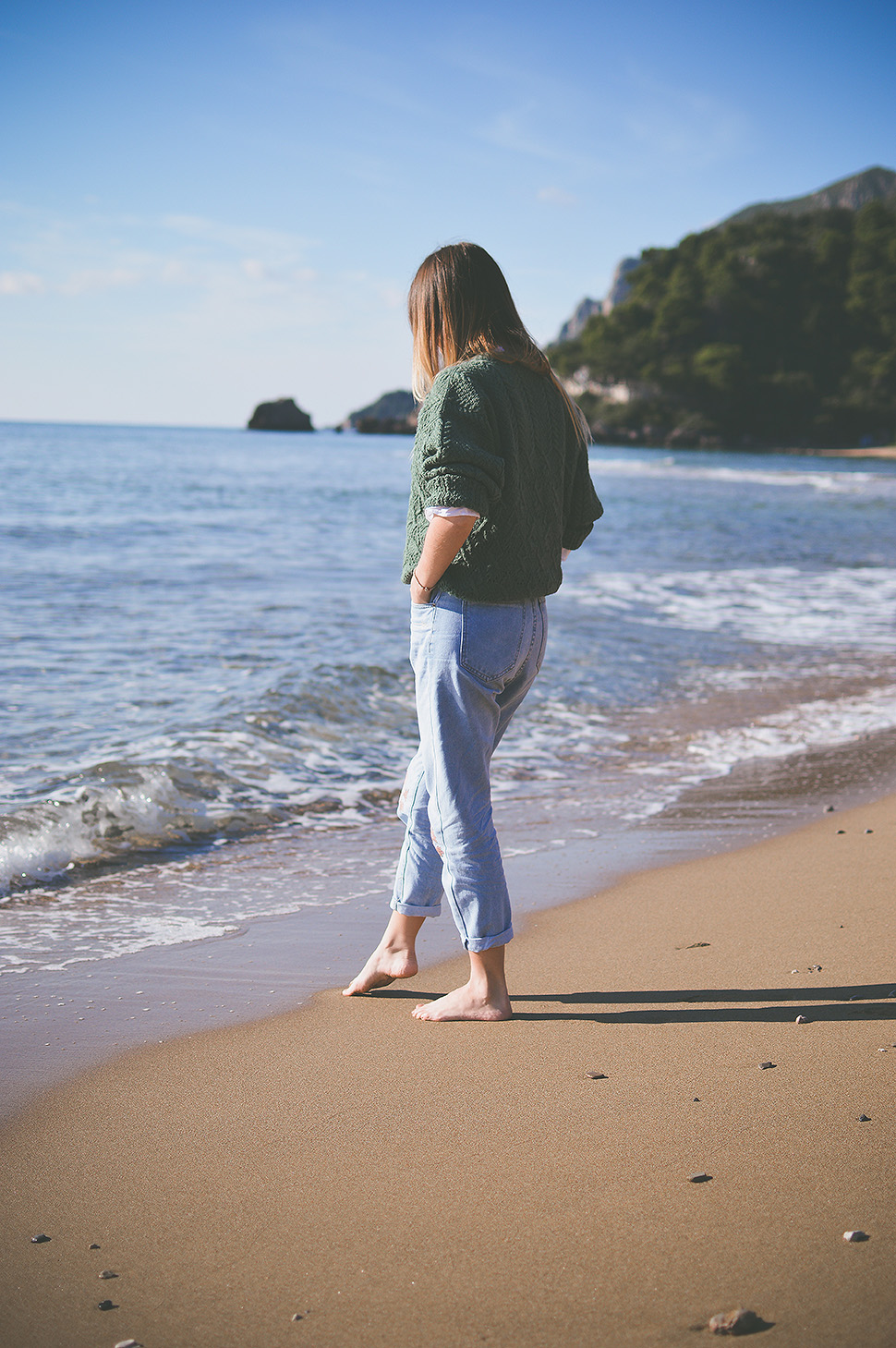 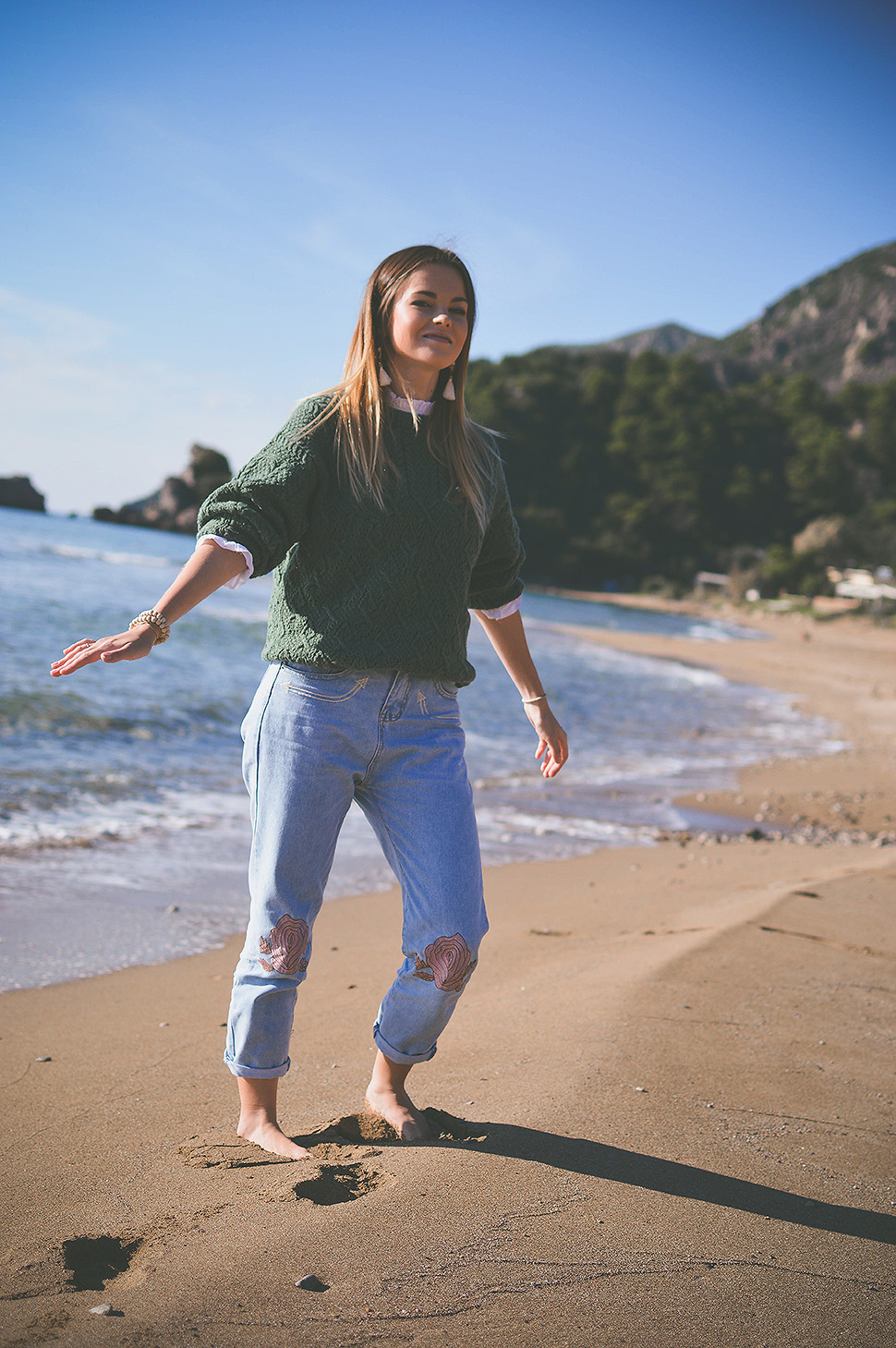 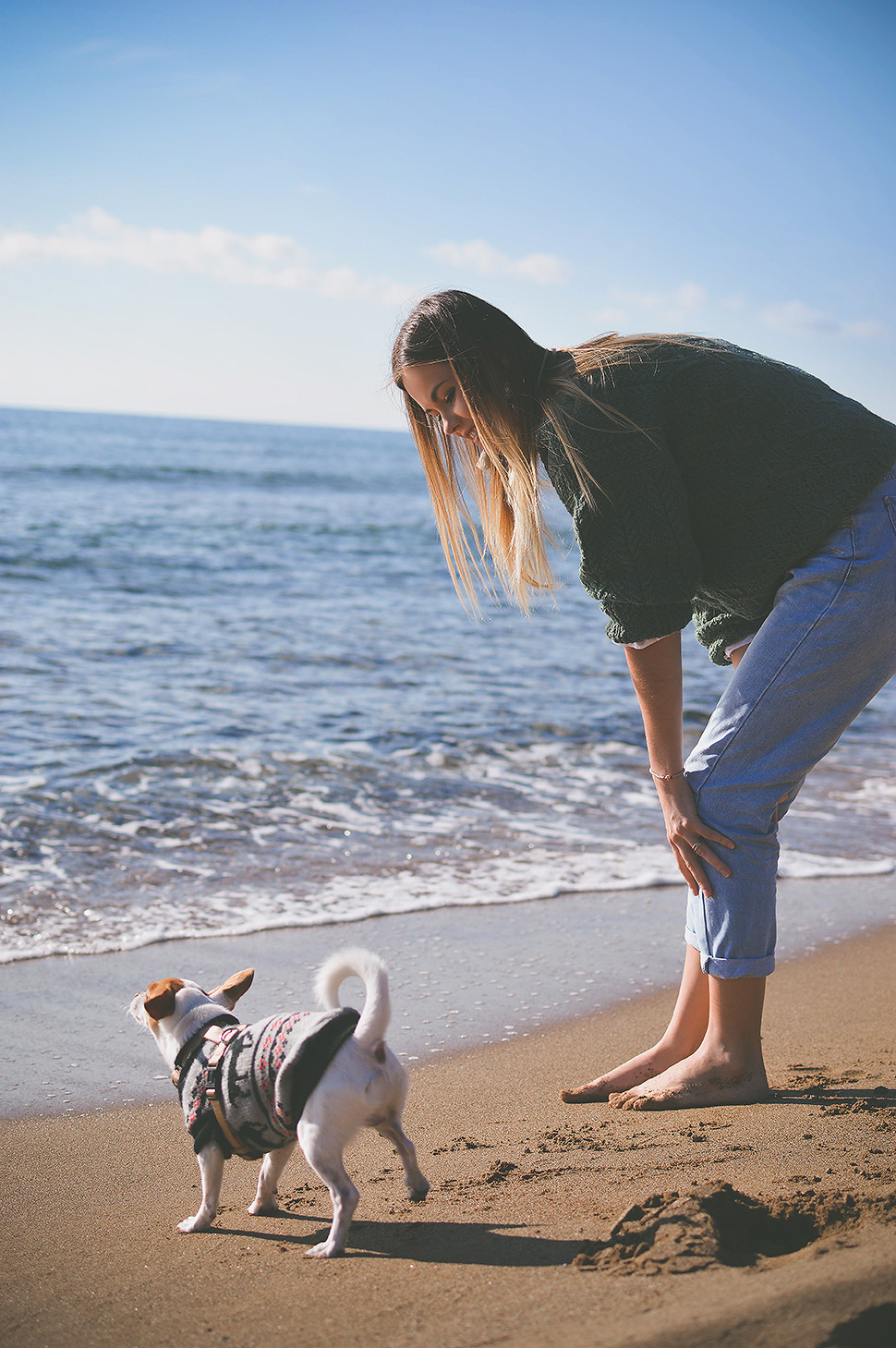 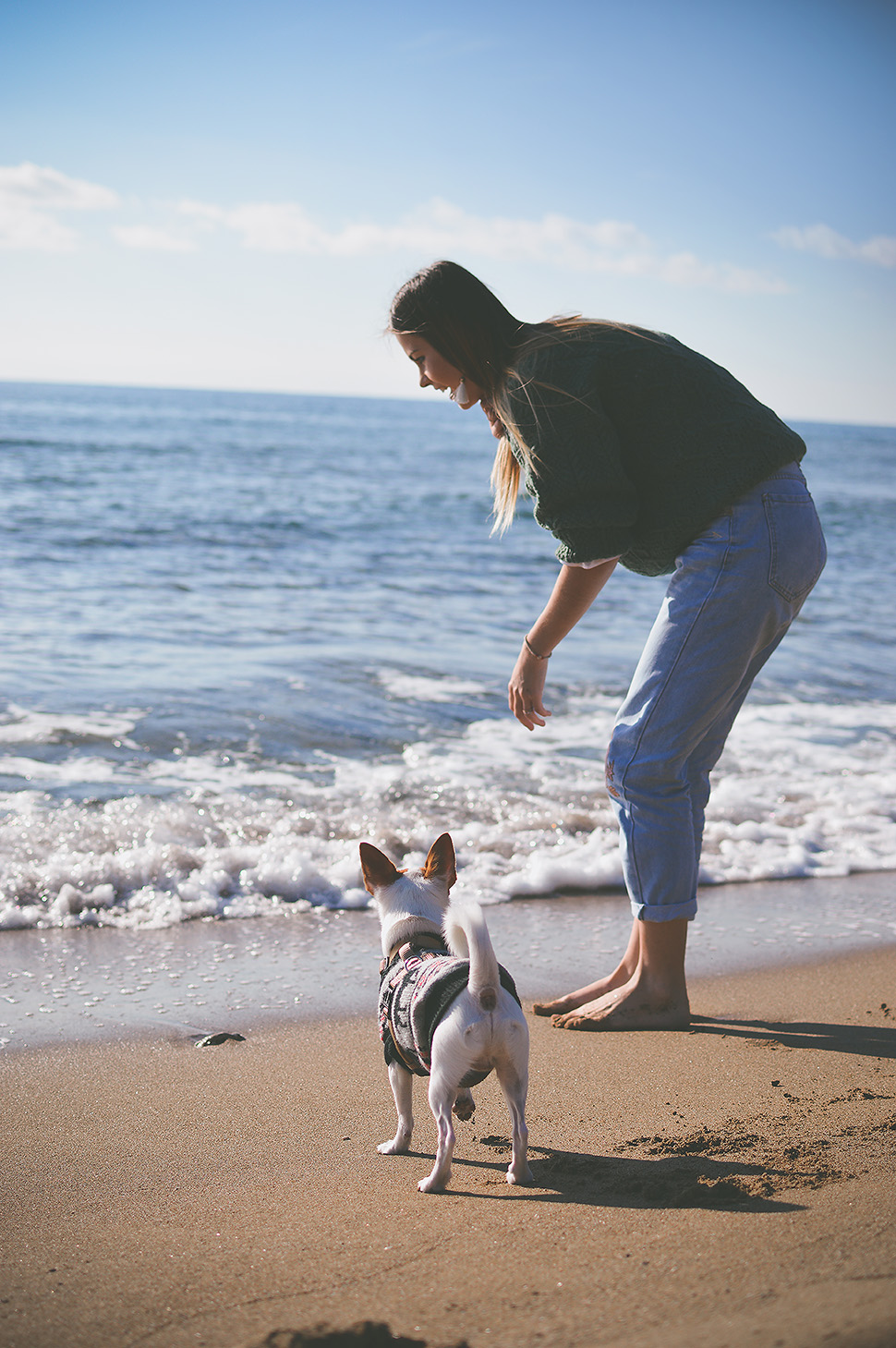 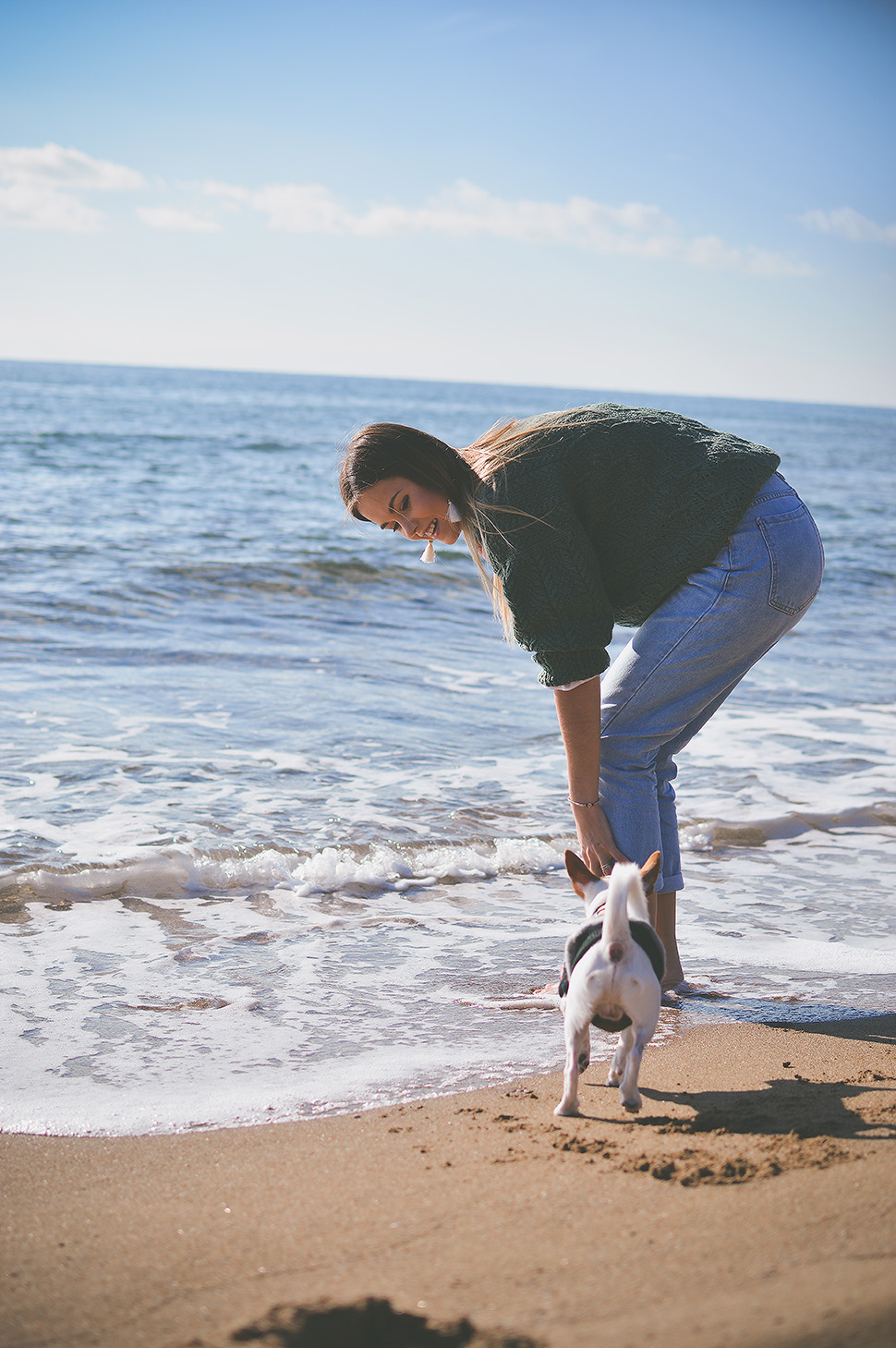 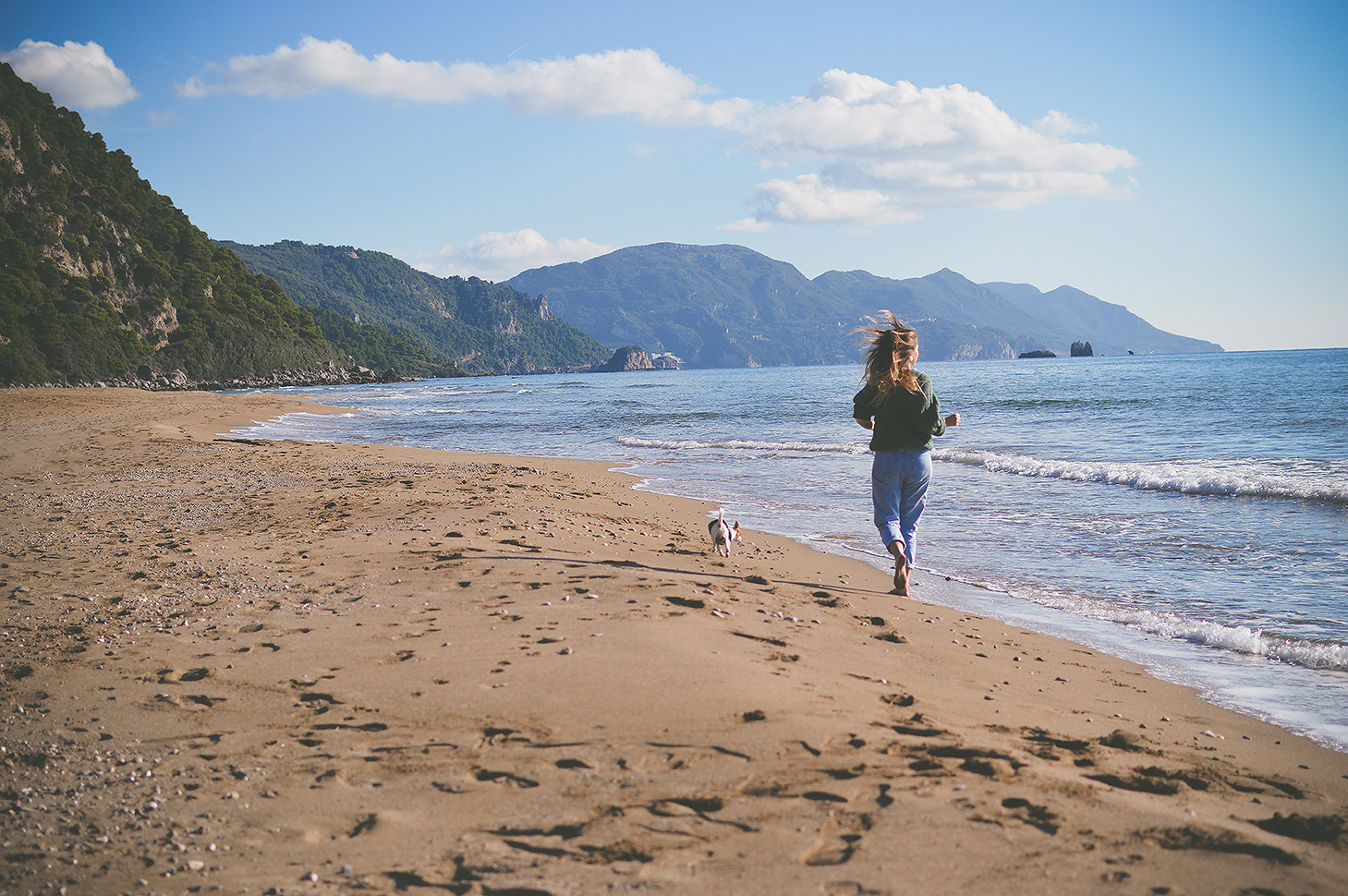 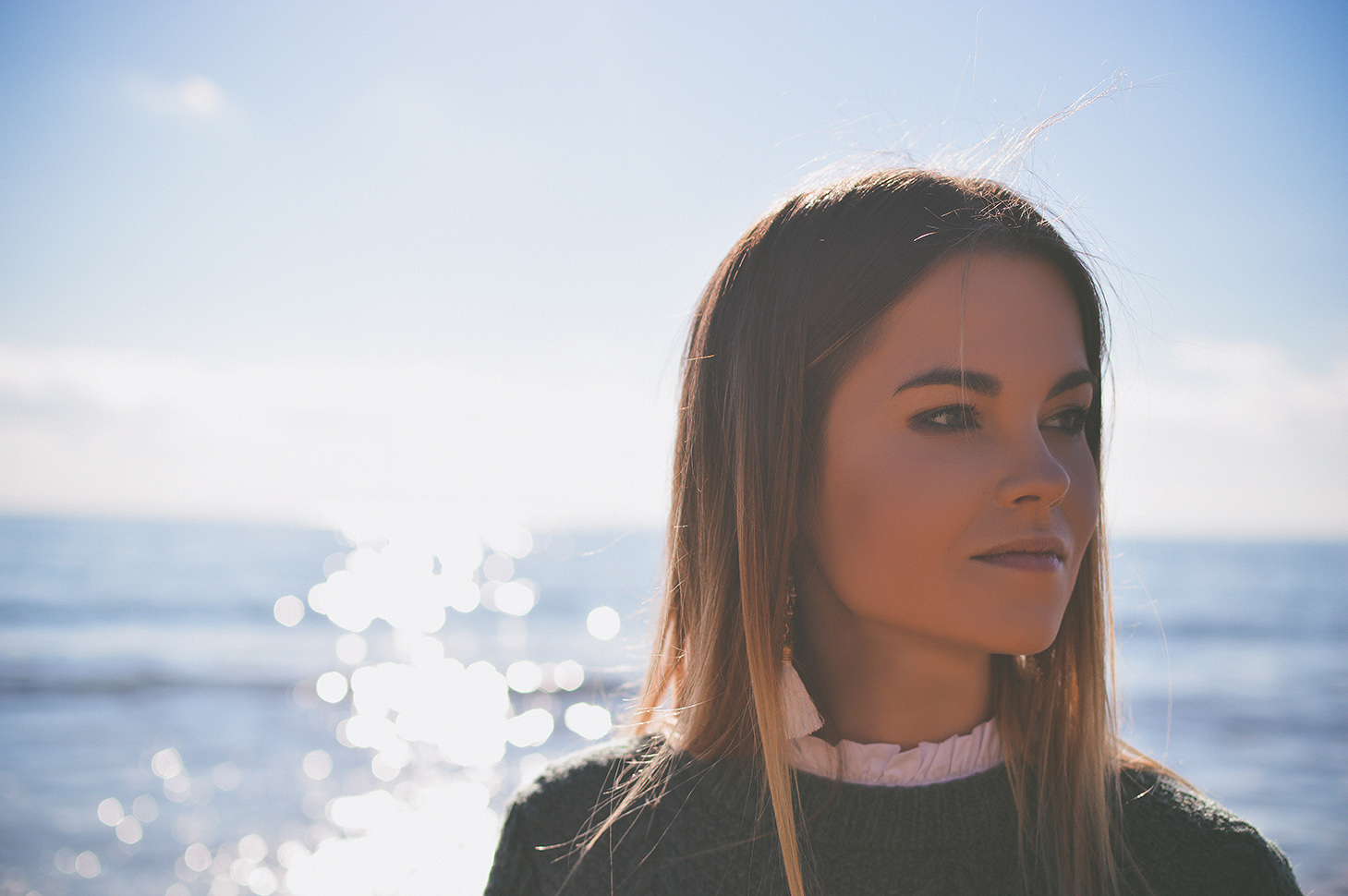 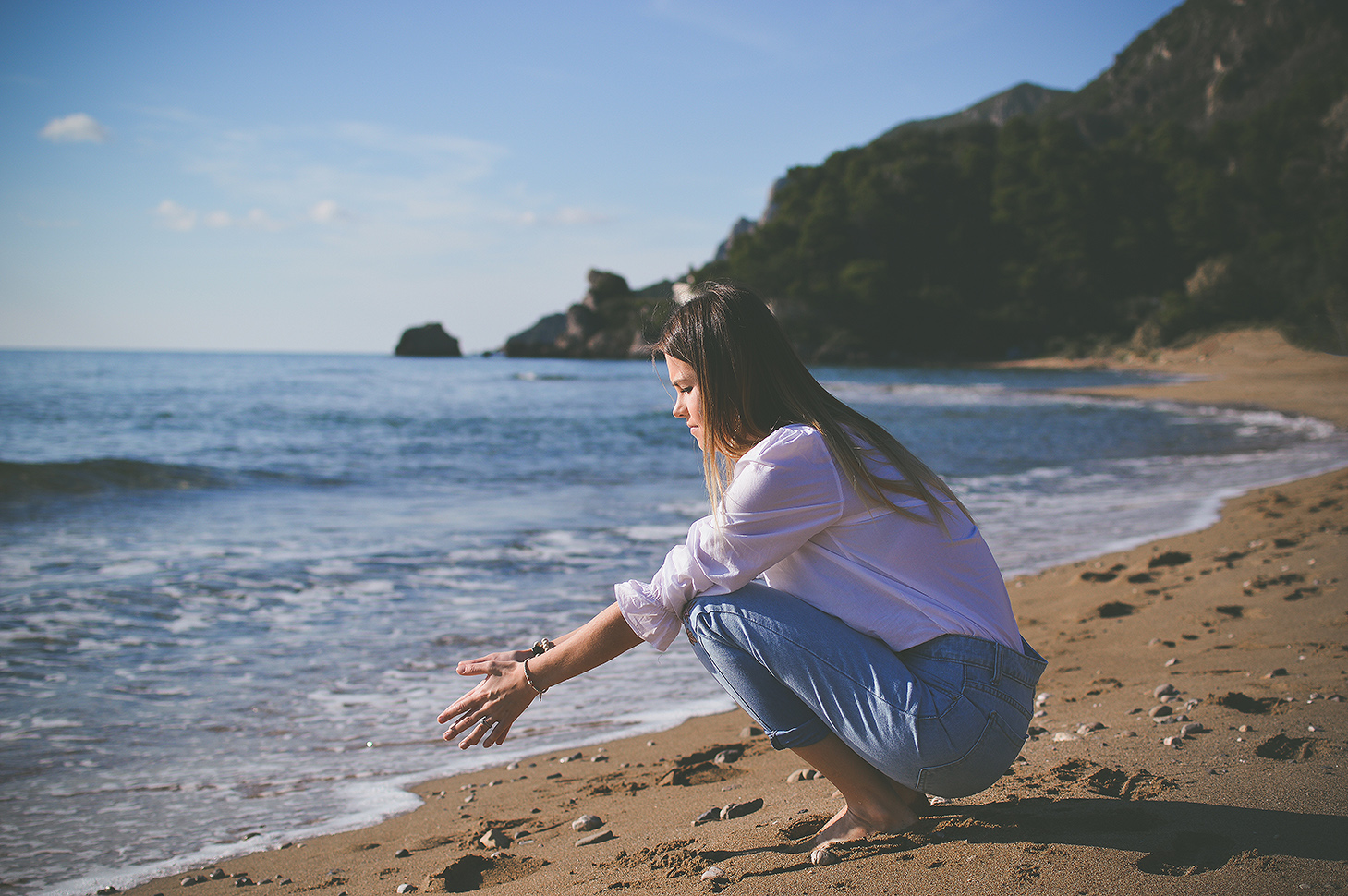 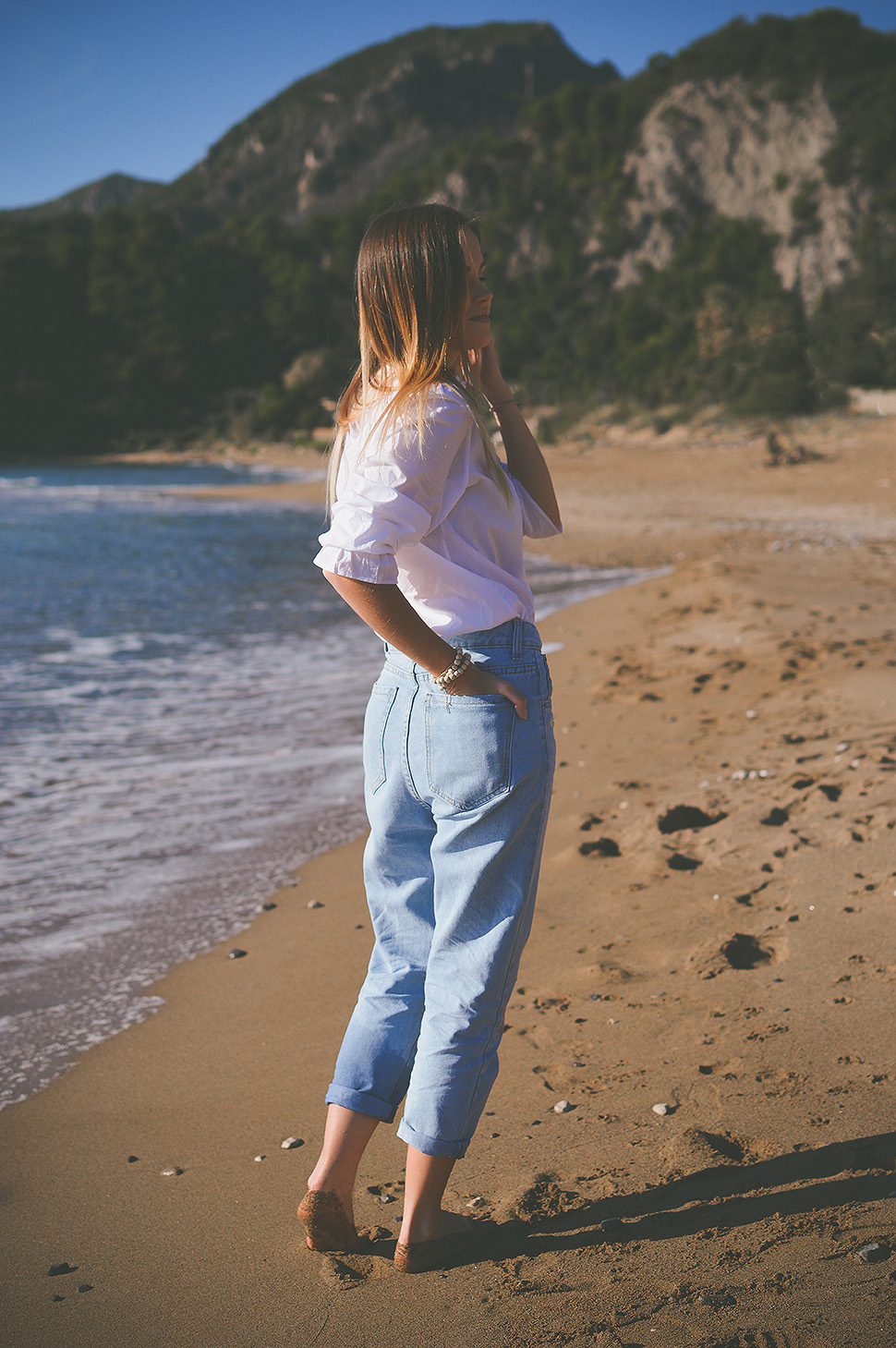 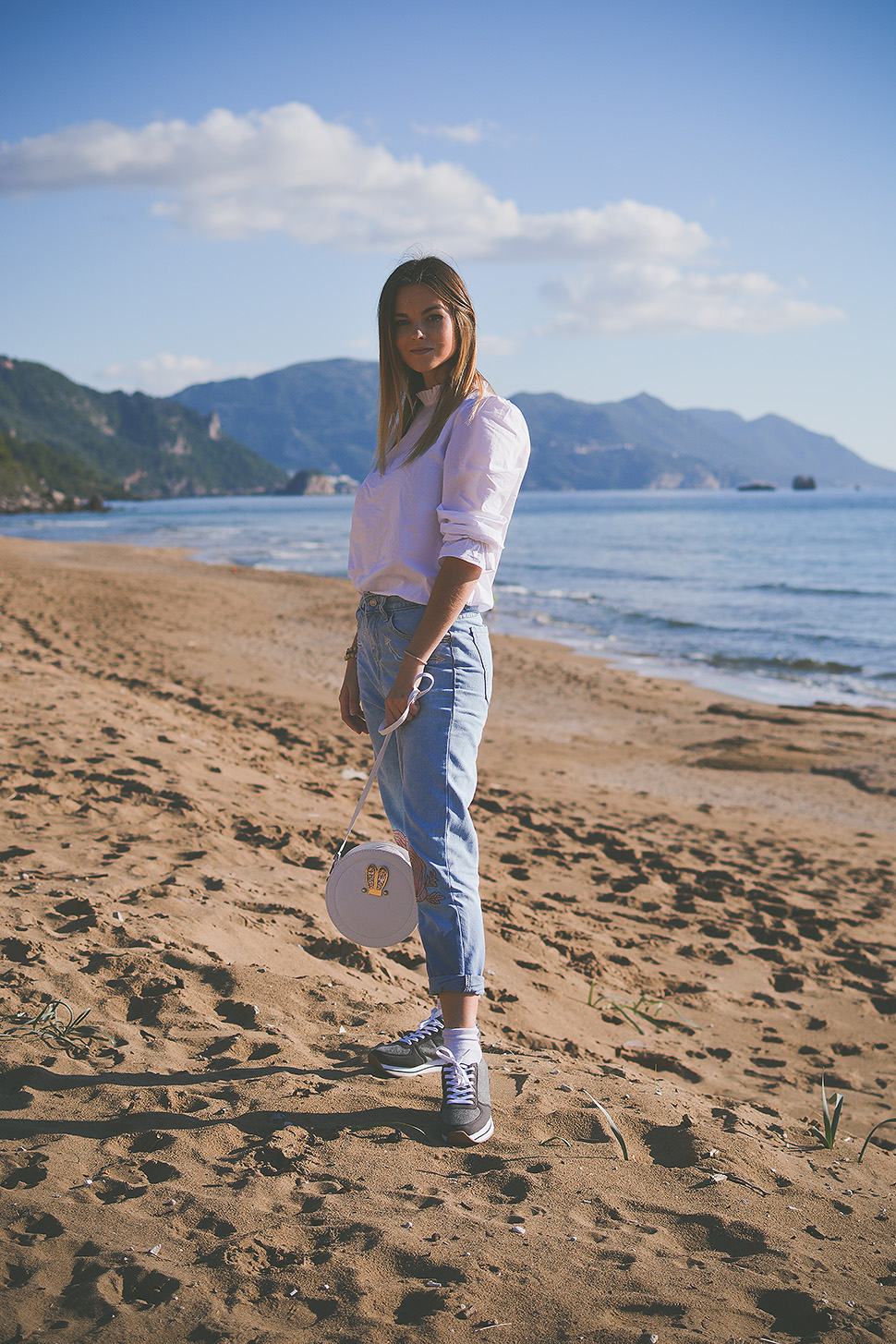 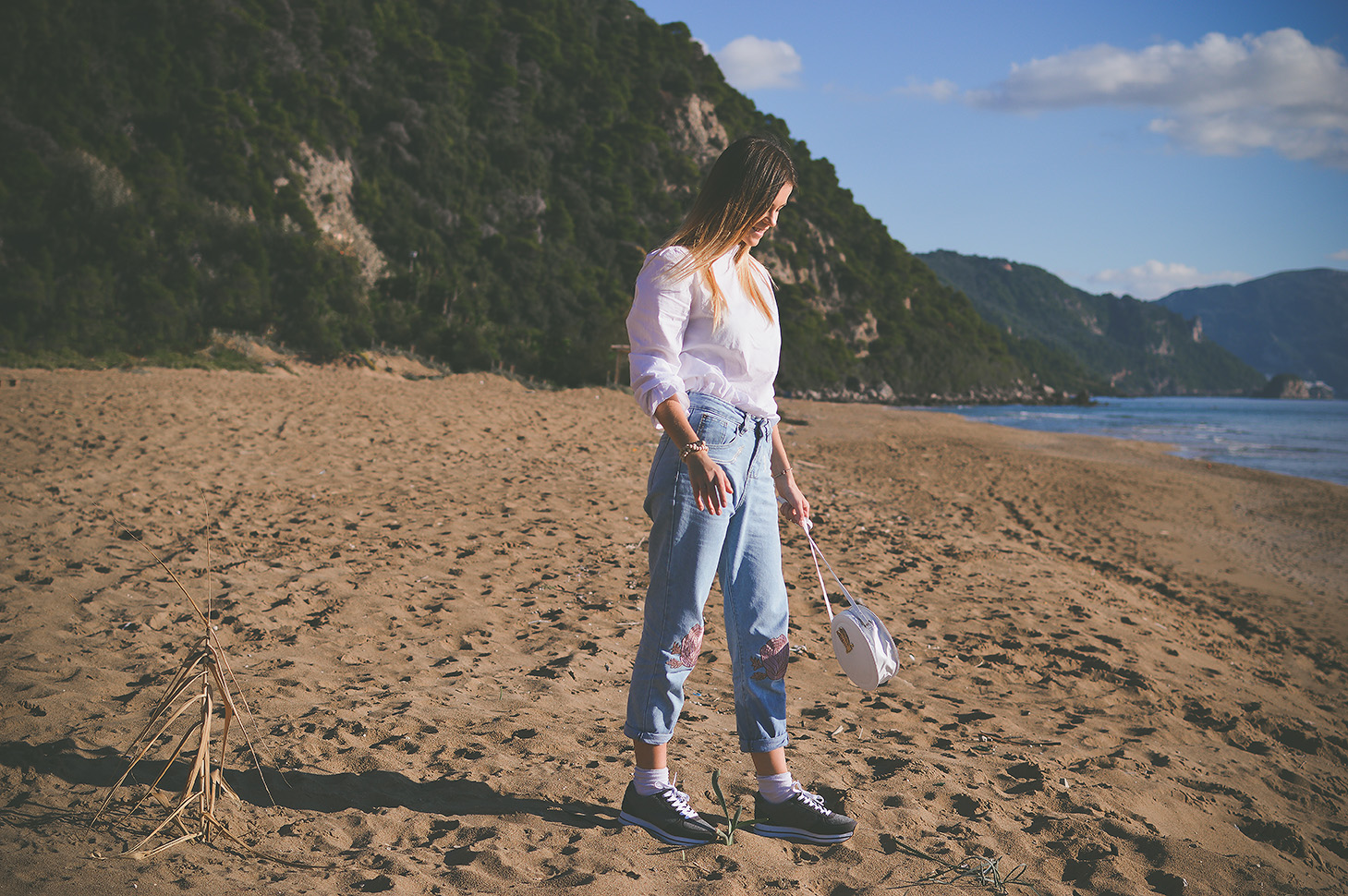